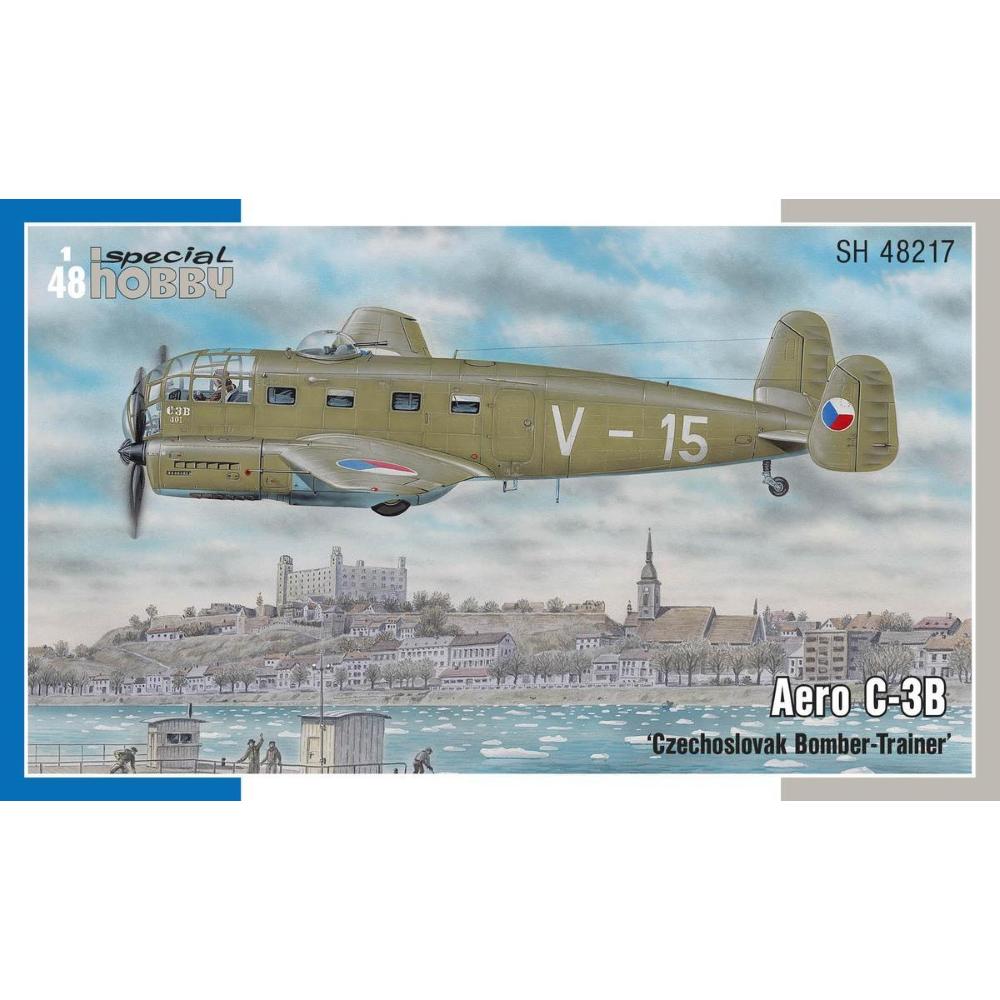 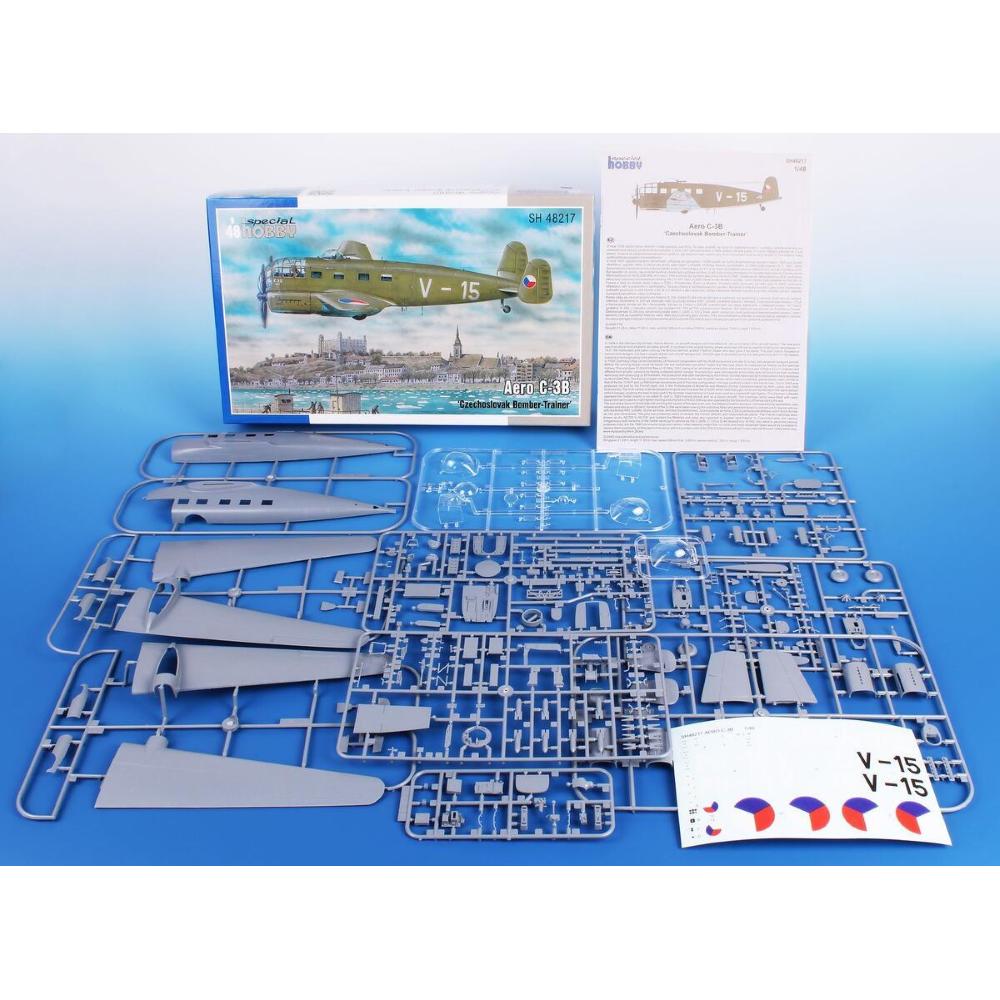 Scala 1:48
prodotto da assemblare e da dipingere. Colori e colla non forniti. The Siebel Si 204A and Si 204D were the transport training versions of the twin-engined aircraft designed and built for the Lufthansa and, mainly, for the Luftwaffe. A bomber trainer version was also built during the war which was capable of taking night bombing missions, too. Known as the Si 204E, two prototype machines were built and a small batch designated Si 204E-0. These machines were used for nocturnal bombing missions, among other also in Slovakia to suppress the Slovak national uprising. After the war, the production of the type went on in Czechoslovakia, where the type got the Aero C-3B military designation, and they meant much more for the fledgling air force than they did for Germans. At first, they were meant to assist the training of the air crews. The February 1948 pro-communist coup brought about the virtual impossibility of acquiring new, state of the art aircraft from the West as well as it meant the end of spare parts supplies for the Mosquito and other aircraft already in Czech service. The communist regime also began to build an oversized army and air force in truly megalomaniac fashion common for other communist block countries, too. What they were not able to do, however, was to produce modern aircraft, nor was the Soviet Union able to deliver such equipment to them. So the outdated Siebels were to stay in service as a mainstay of the bomber force well until 1955 when Soviet jet bombers eventually arrived. The model kit consists of as many as nine grey styrene sprues, two clear plastic sprues and a sheet of decals covering three Czechoslovak Air Force machines.