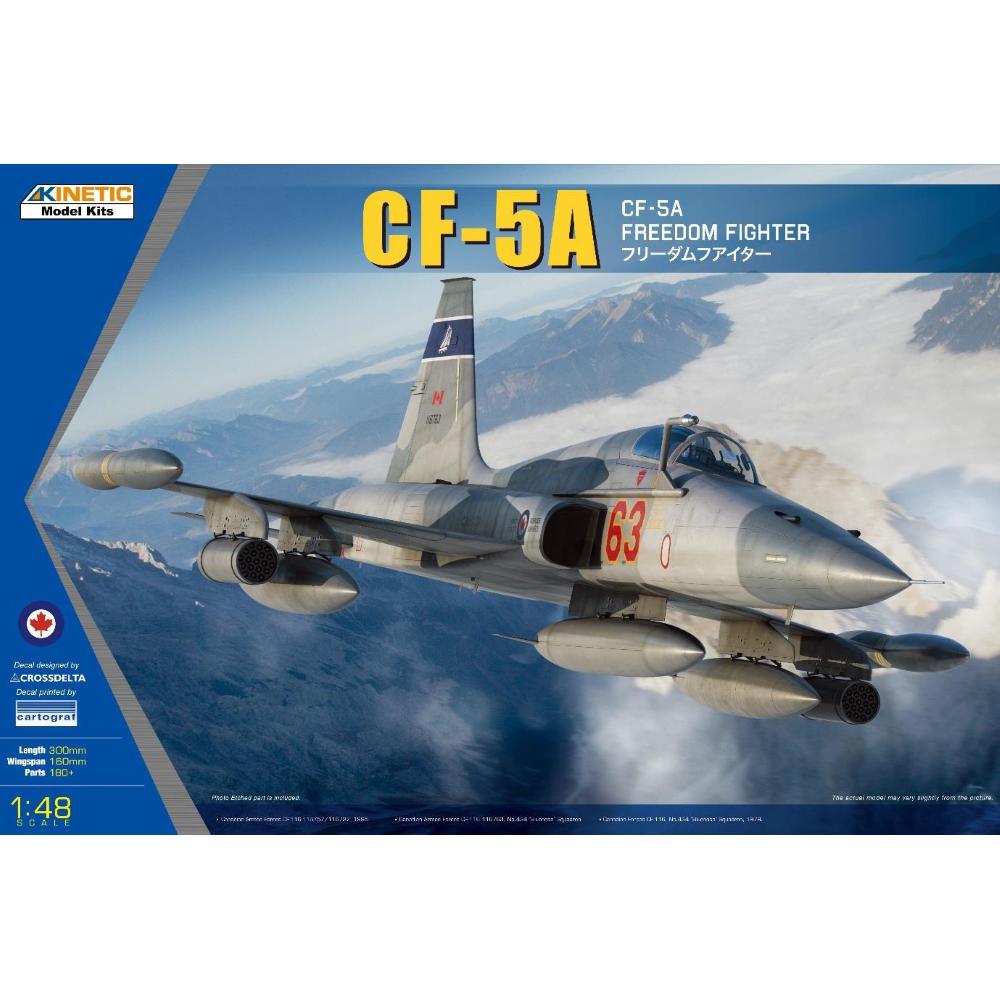 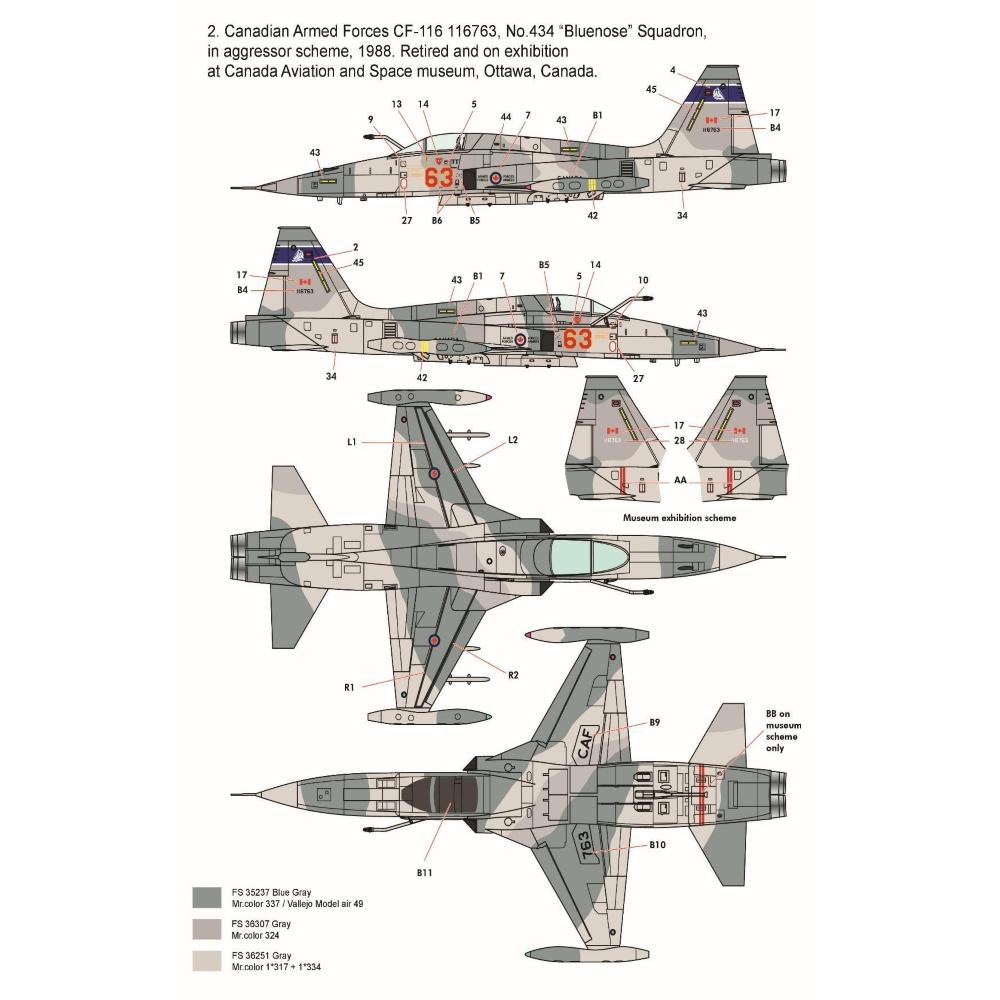 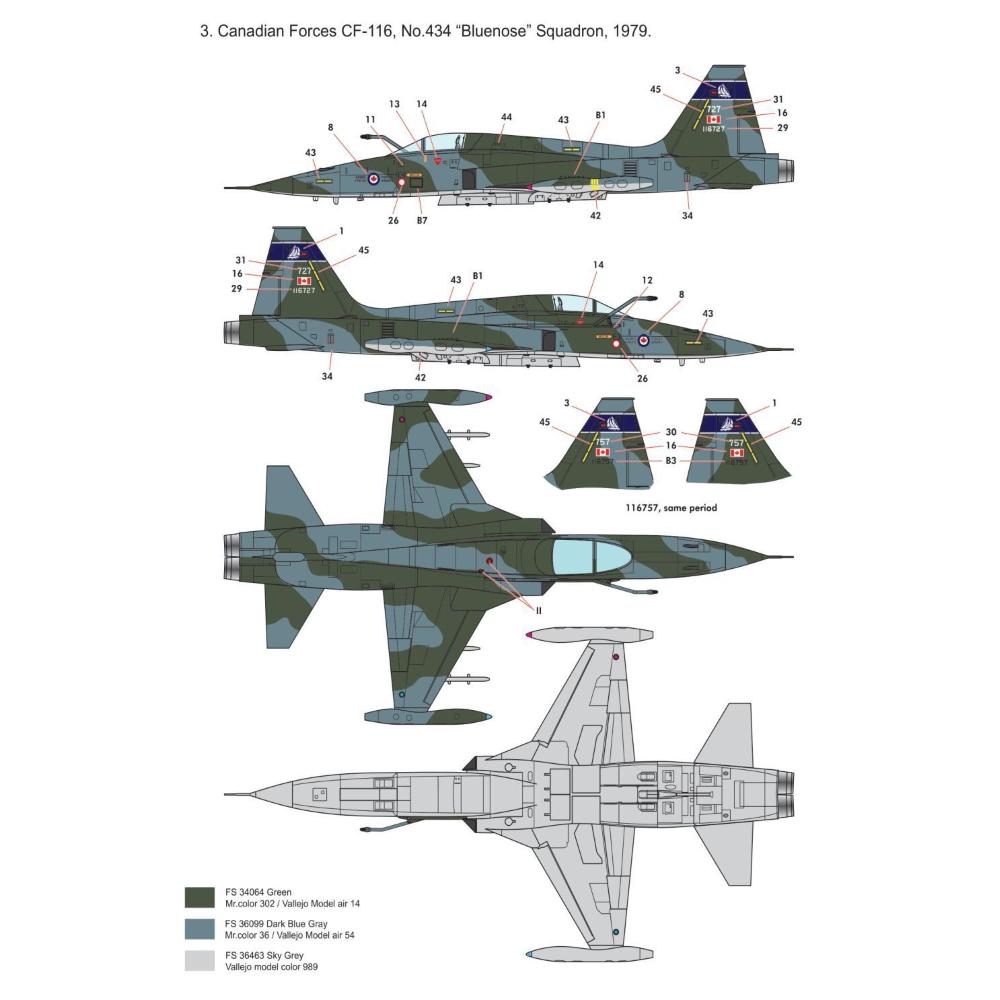 SCALA 1:48
prodotto da assemblare e da dipingere. Colori e colla non forniti. The Canadair CF-5 (officially designated the CF-116 Freedom Fighter is the Canadair licensed-built version of the American Northrop F-5 Freedom Fighter aircraft primarily for the Canadian Forces (as the CF-5) and the Royal Netherlands Air Force (as the NF-5). The CF-5 was upgraded periodically throughout its service career in Canada. The Canadian Forces retired the type in 1995, although CF-5s continue to be used by other countries. The CF-5 was ordered by the Royal Canadian Air Force, which became part of the Canadian Forces on 1 February 1968. The new unified force took delivery of the first CF-5s (it was almost universally referred to as the CF-5 except in official documentation) at the end of 1968. Production by Canadair for the Canadian Forces was 89 single-seat aircraft, 46 dual-seat aircraft and 75 single-seat with 30 dual-seat aircraft for the Royal Netherlands Air Force, a total production of 240. Some surplus Canadian aircraft were sold to Venezuela. A total of 2,350 F-5 Freedom Fighters were produced, between 1962 and 1975; 240 of them by Canadair in Montreal (135 for the CAF and 105 for the Royal Netherlands Air Force).